Georgetown's rich history dates to the earliest days of our country. Shortly after the boundary dispute between the heirs of William Penn and Lord Baltimore was settled in 1775, and Sussex County was expanded to its present borders, two petitions signed by 979 inhabitants of Sussex County were presented to the General Assembly praying that the county seat be removed from Lewes, and be more centrally located. On January 29, 1791, an act was passed authorizing the removal of the county seat from Lewes to a new site at James Pettyjohn's old field, near the center of the county.

On May 9, 1791, the commissioners met at the house of Abraham Harris and negotiated the purchase of 50 acres from him, buying also 25 acres from Rowland Bevins and one acre from Joshua Pepper. Commissioner Rhoads Shankland began to survey the town the same day. On October 26, 1791, the General Assembly officially removed the Seat of Justice to the new County Seat and named it Georgetown in honor of Commissioner George Mitchell, who was active in the movement to centralize the County Seat.

Georgetown has continued to grow and prosper, and its near proximity to the award-winning Delaware resort beaches, status as the County Seat and the quality and energy of its leaders, are all factors in this growth. The Town's center, The Circle, is listed on the National Register of Historic Places and is dominated by a spectacular fountain, and the red brick Greek revival courthouse built in 1839, with its original whipping post still in place. Other historic county and town government buildings, law offices, and private businesses garnish its perimeter. The Circle is the center of many community activities, but none is as famous or more unique as Return Day. Every two years, The Circle is the center of Return Day activities, an event celebrated on the Thursday after the General Election in November. Return Day is highlighted by a parade, the reading of election results from the Courthouse tower, and the candidates' ceremonial, burying of the hatchet.

If you have any questions or comments, please email us.

Download a printable version of the Walking Tour Brochure

Visit the Delaware Aviation Museum at Sussex County Airport.  Choose your adventure!! The museum features many WWII aviation artifacts, memorabilia and displays, and is also home of the Jeffrey L. Ethell Memorial Aviation Library's the largest aviation library in the east with over 3,000 aviation related books. Several aircraft are also on display surrounding the museum. Hours of operation: BY APPT. ONLY 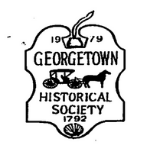 TREASURES OF THE SEA EXHIBIT

TEMPORARILY CLOSED DUE TO COVID RESTRICTIONS

Your experience on this site will be improved by allowing cookies.

Note: if you enter in the words, it'll automatically generate results, or if you press enter key on the keyboard, you'll go to an overview search result page!